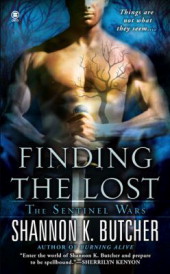 ﻿
After another search through my TBR list I found Finding the Lost Book 2 in the Sentinel Series by Shannon K. Butcher (SB). This is my first time reading this author and I can't say that I wasn't impressed.SB created such a fantastic world that I could feel every bit of tension, action and pain involved. I give her a ten just for injecting the correct amount of angst and unrequited love between the characters.
Andra is not your quintessential paranormal romance heroine, small and in dire need of protection. Her character does in fact need protection, but Andra is capable on her own. She's tall, buff, independent and possesses a drive to destroy all monsters like the ones that destroyed her family. The monsters responsible, the Synestryn, attacked her younger sister as well as murdering her mother and baby sister. Because of this Andra has dedicated her adult life to searching out and rescuing missing children.
The book begins with Andra in the process of rescuing a missing 6 year old boy. Little does she know that Paul, a Theronai warrior (a.k.a a Sentinel) charged with protecting humans, has been searching for her. He is searching for her because she belongs to a bloodline of women that have the ability to absorb the power stored inside of Theronai warriors. This is a fatal illness for the Theronai because if they do not find their chosen mate the power inside them which makes them so powerful will inadvertently kill them if it doesn't find an outlet. Paul’s character is first introduced in an extreme amount of never-ending agony and only Andra can relieve it.
Talk about down to the wire. Will Andra accept him in time to save his life? If she's a potential mate does that mean Nika is? The more I read the more questions I had and the more helpless I felt for the Theronai. All of these warriors are fighting for the good of humanity and they are each on the brink of death unless they find their mates. Andra’s little sister Nika, the one attacked by the Synestryn, was psychically injured by this attack and Andra hopes by absorbing Paul's power she will be able to save Nika. And as such I wasn't surprised when she so readily accepted Paul's power. She hopes that by absorbing enough of his power she’ll be able to heal her sister.
If you're looking for something that is non-stop in your face-doesn't-give-you-a-moment-to-calm-down-action then look no further. There's major tension and suspense between Paul and Andra, there's suspense with the Nika issue, there's suspense within the Sentinels and the issue of limited mates...there’s a veritable smorgasbord of tension. I feel the best plot devices this series possesses are the Sentinel tattoos and how quickly the Sentinels can feel relief when they meet their mates. Each Sentinel has a tattoo of a tree complete with leaves and the closer they approach a fatal build up power the more leaves fall from their tree. In essence the warriors with the least amount of leaves are the warriors whom are at Death's door. Once a Sentinel finds his mate and they touch, the pain created by the power build up dissipates in preparation for the transference of this power.
There is so much to love and appreciate in this series. Though, I started with book two I do plan to go back and read book one. So before anyone asks I wasn’t lost by jumping in the pool at two. There was enough exposition so that I was able to catch on quickly. There was also enough character development that the reader will be ensnared enough to want to read the rest of the series. 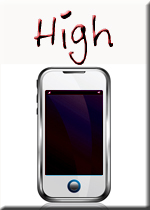